He's big, he's blue and he's mean as all hell... but oh so CUTE!!!
I give you my needle felted recreation of Byron the Bear from Corey Brotherson's Magic of Myths! 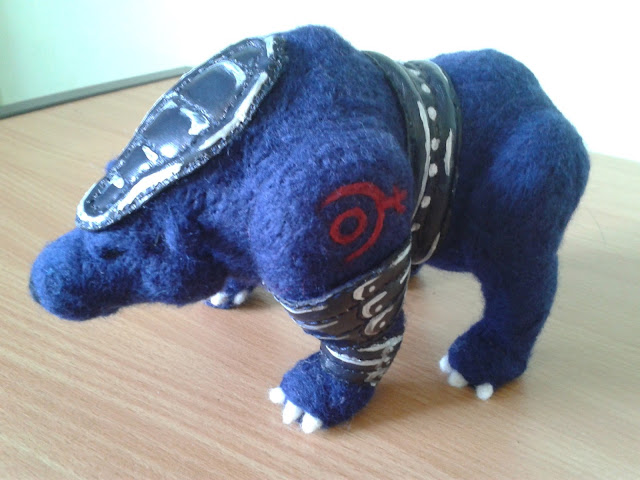 It all started a while ago when I made a needle felted Totoro plush. It just so happened that at that time Corey was looking for someone to make a soft toy replica of his character to promote the release of the second book in the Magic of Myths series! The professionals turned Corey away saying the character was too complicated, but I opted for the challenge to bring this homicidal demon bear to fuzzy life!

But first I had to know what this guy looked like! Corey instantly provided me with some of Sergio Calvet's (illustrator of Magic of Myths) amazing character studies:
For more of Sergio's work, check out his awesome blog! 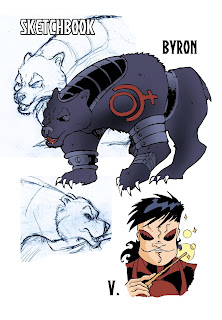 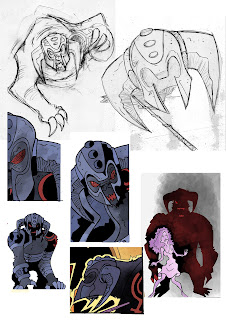 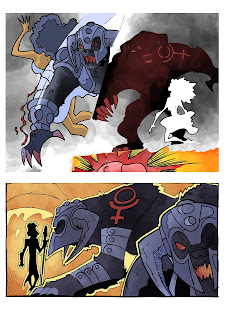 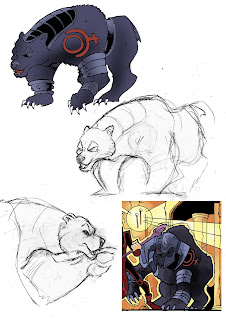 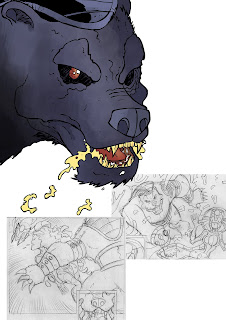 Armed with these gorgeous illustrations I was able to get started!
If you've been following my previous felting projects then you should know the process by now so I'll just give a brief rundown of how this guy was made.

Firstly from Sergio's character sketches I drew up this template to act as a size guide. you can see that the legs are drawn in blue, the armour in green and his claws, tail and ears in red. this was to help me differentiate all the separate parts that would need to be built up and added to Byron's main body shape. 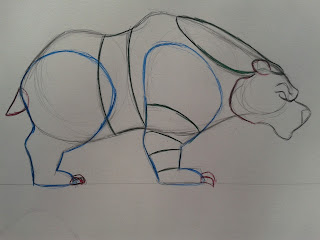 Next up I made up Byron's main body shape out of Polyester fibre to act as a core fibre to then build the colour wool upon. Here you can see the right and top views of the core fibre then the fully covered main body shape... not much to look at yet. 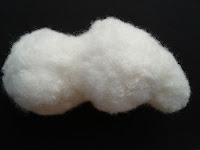 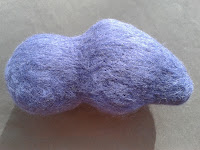 Here is where we add his legs. Using the template I made these separately and carefully made sure they were all the right size and shape by lining them against each other and pinning them onto the main body shape. 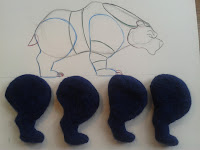 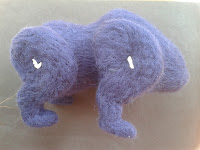 Once happy with each of his legs it was time to attach them and make that mis-shapen blue jelly bean look a bit more bear-like! I did this one pair at a time, blending the edges of the legs where they join the body to make a smoother, more realistic shape. 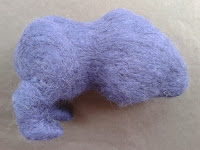 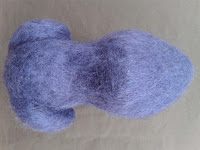 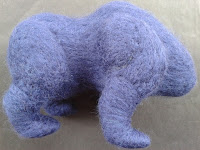 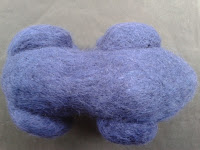 To complete his body all that's left is to make his head... 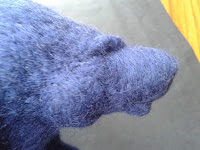 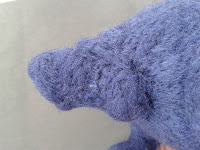 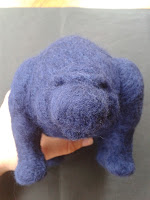 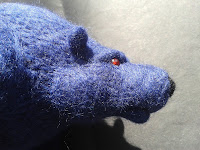 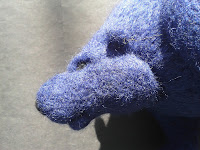 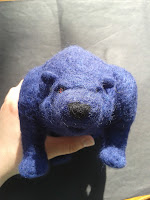 The eye is just a small  orange/red bead thats simply glued in place, then the eyebrow was kinda sculpted around it. The nose and the missing eye are filled in using small amounts of black felting wool, and the ears and tail were made separately then attached. 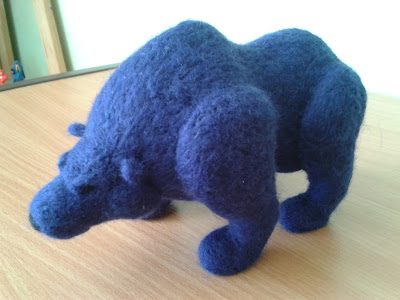 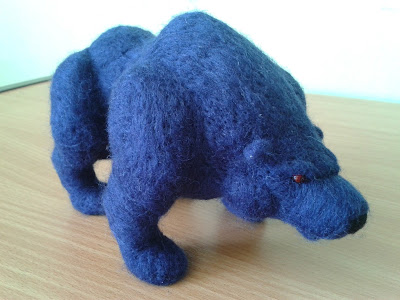 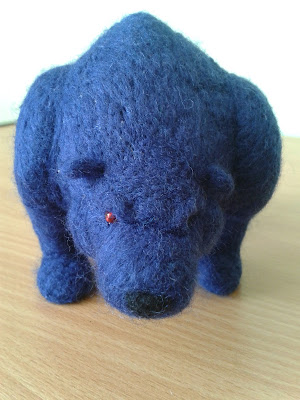 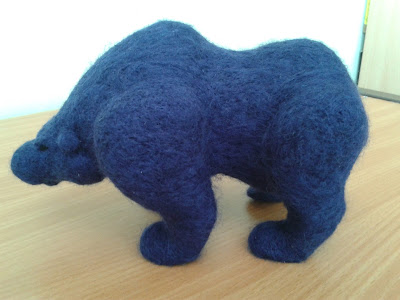 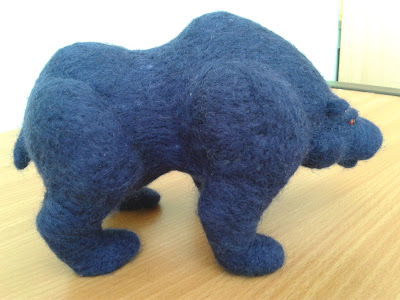 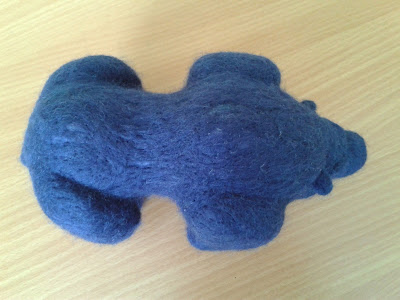 And there you have it! The meanest of the blue meanies, Byron the bear! Isn't he cute!Next time I'll show you how I made the armour and finishing touches for this sucker! In the mean time check out the Magic of Myths site, here you can buy season one (which I highly recommend!) and pre-order the second, due for release on the 26th July!

Sara Dunkerton
Bristol, United Kingdom
Hey! My name is Sara Dunkerton, I'm an BA (HONS) Illustration graduate working within Bristol. I have a passion for comics and animating and have a few projects involving both fields on the go, for details of said projects see the 'About Me' page below!! If you like what you see here then please don't hesitate to email me and we can chat about what I can draw for you! sara-dunkerton@hotmail.com Thanks for stopping by!

All images and animations are copyright SaraDunkerton©2017 (unless otherwise credited) and cannot be used/replicated/reproduced without the proper permission and authorisation.